with only a few weeks left of the traditional pike season - i have decided to put together some lure kit so that i can dabble throughout the summer - so having bought a rod and reel - loaded with brade - i needed to add a few lures.

I still have a few lures from years ago - mainly ABU stuff and all quite small single and jointed plugs - floaters and divers.

The first thing i notice is how things have changed - the last time i looked - a'Big S' was the lure to buy - now they have gone all plastic and i also notice a lot bigger.

anyway - typically i went into e-bay and bought a few;


I'm presuming that they won't chase much at the moment but better to try when it warms up?

Are the few lures Ive bought any good and any tips on using them - retrieve speed - anything?

Any tips at all on lure fishing appreciated.


can you give my number to chief n ask him to phone me plaese mate. its about the korum gear he said he wanted off me 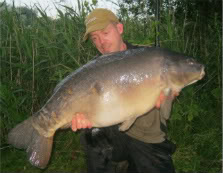 trying to catch a few pike.

mark wrote:this piking lark has really got a grip of you hasn't it mate


can you give my number to chief n ask him to phone me plaese mate. its about the korum gear he said he wanted off me

i was just going to say you've taken to this pike fishing like a duck to water.

Woodchucker is your man for lures the guys got more lures than erics angling he'll put you on the straight and narrow...
_________________
UK FISHING FORUMS

a couple more types of lure wouldnt go amiss, youve picked two swimbaits one hard and one soft there

for the glide bait there is a plethora to chose from from the cheapo savage ones to (woodys) muski snax, (or my favioroute top end baits) and trueglides

savage gear freestyler or salmo sliders etc at the cheaper end for plastic glides, ACE lures do some nice wooden ones for a couple of quid

add a couple of spinnerbaits..


and the addiction begins

good old noodle will steer you in the right direction aswell.....


Any tips on retrieve speeds or action - or is it just trial and error - variation - or ????

if i just ansewred with

that should cover it all lol

are good over weed and stucture tease them down till they brush the weed and let rise some come up like polaris ad some slow. you can also get ones that rise ar5e end 1st some come up flat quick list of what i use
ace clone of ks big daddy flat rise and you can get it to a good 10 feet or so
wades wobbler rise ar5e end and get to about 3 feet deep
big fork sand cat, 6 inch has a more glidey action than the previous two and rises ar5e end 1st
there are plenty of others that do what they do like floating burts, you can use crankbaits to do the same jake grandmas etc
pull baits again but ones that sink (think rise dive rise on the pull and sink on the pause)
ace hell tails or fox demons good for straight retrieve stuff in deeper water
ace sorcey (check ebay get five for about 15 quid) more of an erratic than a pull bait but it works well enough in open water as once you get it moving it does shout about its presence

my personal choices in no particular order

smuttlys T6 and db4, and 5's form chico the T6 is a good light glide bait that with a little more effort at the rod end sees it go erratic (well worth carrying for the dual role you can get out of it
DB seris lovely glidebaits with a fair bit of wobble on the retrieve cast like a lead on its own
hectors chico again nice bigger profile than the others and well weighted to allow you to work them at a reasonable depth (worked mine very slowly at 20 feet but up to ten or so is easier)
mark berrisford pb glider 6 inch my 1st choice for shallower work than teh ones above nice baits and reasonably cheap

other than that ther are quite a few like ace flippers, the shallow invader a hybrid that is multi use again jerk twitch crank etc, oooh bomber magnum long a's 17a, and 17j i think great crankbaits for shallowish water buy the magnum over the other sizes as they cast well on jerk gear, ive a good few others like two mantas ive just bought AK punishers (very nice lures the ace siren is a good clone of this though and a hell of a lot cheaper, er topwaters im not the best one for but ive a few my 1st choice though is a lac seul turrbo from american hardwoods lures but poes do some as do bucher ace.......... othe glides kjelle llundberg trueglide (amazing in the water and just as nice on land, cobbs the list goes on

hints and tips on retrieve

just try short soft taps harder taps long slow pulls ..... you can get any one bait to do a few different things just by varying the retrieve form a short hard tap, may see the lure dart, almost switch side to side to a long slow pull see the same bait with a more sinuous gait and a lot more body roll

it really is a good way to fish as you can usually lconstantly be trying new things and playing with new lures, or borrowed lures etc

have some rep for taking the time to give so much on the subject!

Absolute top reply Noodle!!! If i knew how to give rep as they say - i would

Absolute top reply Noodle!!! If i knew how to give rep as they say - i would 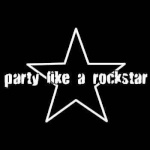 another tip dont get dragged down with colour choice, i work on simple ideas

i generally wont have more than four of any lure the only ones i do ar eones i really rate and wouldnt like to be with out i think ive only about 5 types that cover that though the smuttlys db 4,5,6 inch ive about 12 of those bomber long a's around ten, and one i havnt mentioned earlier as its more of a crossover for sea fishing as well as pike the storm mac series big shallow and little which between them all ive around 20

At that price it would stay in the box!


Thanks again for all the advice.

At that price it would stay in the box!


Thanks again for all the advice.

mine only cost a fiver each


Noodle ...i will blame you when i go overdrawn

. Spent my lunchtime [no longer honest] looking at all the links and buying the odd lure - the choice is mind boggling - thanks again for the pointers.


Its a pity Woody isnt around - would also have liked to hear his opinions, favourite lures advice etc.

Think he is talking at PAC next week - so hopefully may see that.

Going to see if i can get a follow tomorrow whilst the deadbaits are out.

As Noodle has already covered most of the areas I will just add a few bits that are worth remembering.

I have a few

lures at home but even with a bag of 50 lures I will generally only use 3-5 in a day session, you need a bait that will go deep, run medium and a sub-surface lure in your bag, that way you can try all levels to find the pike, now at this time of year when the pike and not really up for chasing lures you will need to fish deep and as slow as possible to piss a pike off enough for it to strike, at this time of year most takes will be takes from aggression rather than feeding takes so its worth hitting ever single bump or tap that you feel, dont be put off lure fishing at this time of year you can and will still catch pike but its worth having a summers practice in first.

Actions on lures really do vary, but as Noodle has already said its worth getting a bag full and spending a day on a nice clear still water so that you can see what your lures do. Pike will always pick out a wounded are injured fish in a shoal so use this to your advantage, if you can make your lures look wounded or injured then you half way there

Well ! Thanks to Woodys enthusiasm for lure fishing! Have decided to get into it this year... So started looking at lures on the net.... Aint they addictive ! So many "pretty" ones, realistic ones, whacky ones... I want to "collect" them

. Anyways started to stock up & can see some favourites developing.

.
Does anyone remember "sossy" lures ? If thats the right name ? Realistic large rubber jobbies.Cant find them so far.
Also found a Big S & a midi S in the shed, are/were these any good in their day ?

I think The Friendly Fisherman actually still supplies Sossy's if I am not mistaken, a good lure in its day however there are now a number of similar lures like fox replicants that are very simlar especially in the 6" versions.
Big S lures are still a classic lure and if you have a couple then its worth making sure the hooks are all ok and giving them a go, I found them to be great on shallow rivers and canals.

Cheers for info Woody ! Will check them out ! Just changed hooks on the Big S

what ever you do dont visit this site

chief wrote:what ever you do dont visit this site