I thought I would do a little bit on float fishing for carp as I had a few last winter on the float and while sitting behind your buzzers is great just some times this approach can bring you that fish instantaneously if you know where there held up the subtleness of this can trick them into sucking that bait in. Ill never forget the first time that float disappeared and I lifted the rod I still get the same buzz now only the other day on the river I was saying this to Tim ok this time it was for pike but its still that buzz as you lift the rod and set that hook. Any way thats enough reminiscing where was I? O yes float fishing for carp. The set up I us for winter carp float fishing is a all through action rod that will take 6lb-8lb line A match rod will handle the smaller carp but anything bigger will have you in difficulties. A reasonable barble rod or low test curve carp rod 1 ¾ lb TC would be better. But you dont want a broom handle for this. 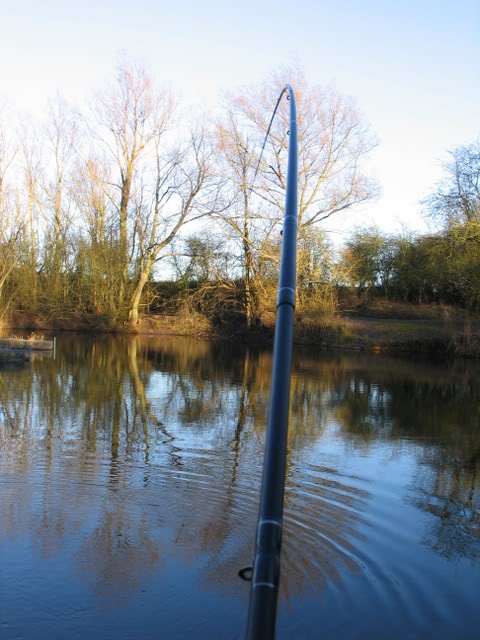 Reel once again you dont need a big pit 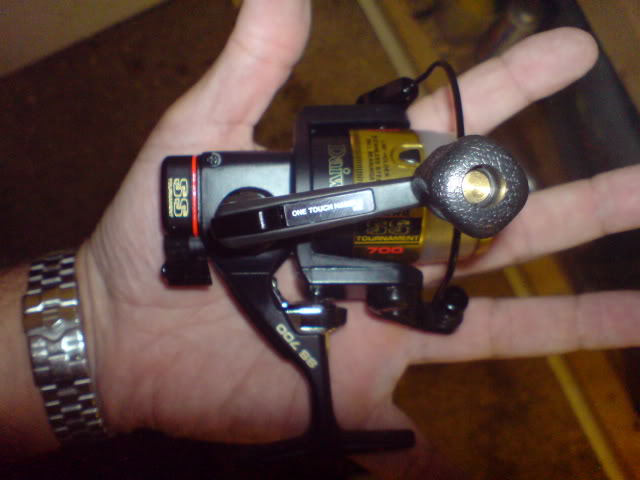 so it a nice light set up for wandering round the lake with. The float is very much up to the individual and the weather condition you are dealing with. If it is a calm day and you are fishing close to the bank like most of my fishing, then a small wagler or stick float is spot on. Weights are next and use a putty type weight that you get from the carp section in your tackle shop I like it as you can balance the float spot on it will not cut into or damage the line and if the fish goes into snags it just drops off. I keep the majority of the weight close to the hook so that I know when the bait is just on the bottom and thats as complicated as my shotting patterns go. Hook small and strong and 10- 12 that is strong. As for bait now this is winter so I have one of the following on the hook and the rest with me. Maggots, worms, Bread, Luncheon meat, in that order. A good way to fish this is attach the float by the bottom only and fished very slightly over depth, so that it will just sit upright when the line is pulled taught between the rod tip and the bottom weight. This causes the line to sink just under the surface, which prevents any surface drag. The rod can then be positioned so that the tip is just under the water's surface. Using this method, if a fish moves off with the bait, the float will start to travel along the water's surface and then disappear. If however the fish picks the bait up and doesn't move off, the bottom weight will be lifted off of the bottom, and the float will pop up and lye flat on the surface this can happen in winter when takes are a lot softer than summer rippers.


You can fish with very little tackle. Not only do you need less tackle in the way of indicators, Alarms pods etc etc and all the other bollox we cart about with us i get the lot in here and i can also sit on it 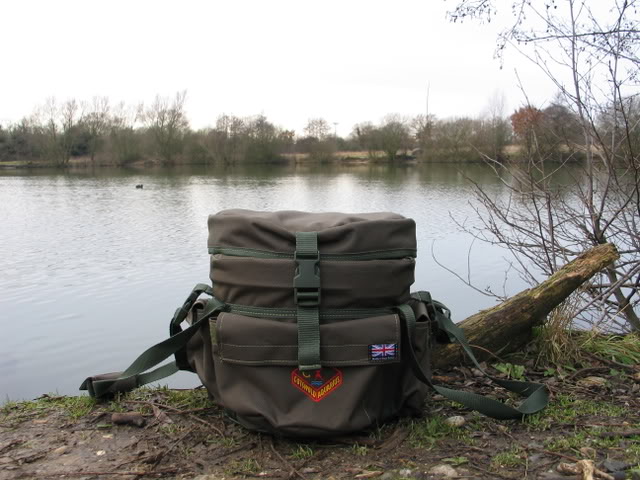 but it can also be very productive. 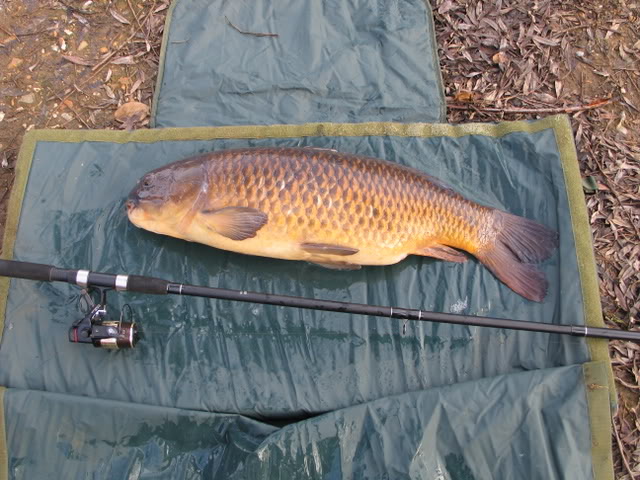 Food for thought there Stotty.

once again very good paul certainly an area in my carping i don,t exploit enough
probably due to going all predator orientated in the winter

nixon wrote:Nice post, might be worth us trying a spot over on f/e some time over winter.